Doctor of Theology and a member of Filantropia’s Board of Directors Grant S. White is participating to a Consultation between Orthodox and Evangelical mission leaders in the monastery of St. Vlash in Albania 15.–19.9.2014.

&nbsp
Here are his thoughts before the journey:

The Lausanne-Orthodox Initiative is an outgrowth of the Lausanne Fellowship, a worldwide fellowship of Evangelical Christians founded in Lausanne, Switzerland in 1974. The initial goal of the Lausanne Fellowship was to unite Evangelical Christians around a common theological confession so that their missionary work could grow unhindered by divisions among them. Since 1974 it has become clear that Christians cannot proclaim the Good News to the world if on the local level the various Christian communities exist in mutual misunderstanding, ignorance, and hostility. The experience of Evangelical missionaries in the former Soviet Bloc countries brought home this point, and spurred some in the Lausanne Fellowship to reach out to Orthodox. The Initiative came into being in 2010 after the third Lausanne Congress, held in Cape Town, South Africa.

The Initiative’s goals are these (as listed on the Consultation site):

The Lausanne-Orthodox Initiative is a movement&nbsp of Orthodox and Evangelical Christians who wish to respect each other’s beliefs, learn from each other, and support one another as we&nbsp each obey the call to share in God’s mission. (http://www.loimission.net/)

By bringing together Evangelical and Orthodox Christians to study, discuss, and pray, the members of the Initiative hope to deepen their mutual respect, their learning from each other, and their support of their obedience to Christ’s command to make disciples.

Each of these goals is a major challenge for us Orthodox and for Evangelical Christians. For a variety of historical, theological, and cultural reasons we have been suspicious of and hostile towards each other, more ready to exclude each other from Christ’s fold than to embrace each other as sisters and brothers in Christ. Evangelicals have not infrequently doubted that Orthodox Christians have had a genuine experience of conversion to God in Christ, and have viewed Orthodox liturgical life as superstitious and even idolatrous. For our part, we Orthodox have all too often suspected Evangelical Christians of proselytism. We have considered them at best as schismatics, if not outright heretics. These words may sound harsh, but they reflect the hard edges of Evangelical-Orthodox dialogue and experience with each other in the mission field.

Given these hard challenges, what can one week together really bring about? And what does any of this have to do with us Orthodox here in Finland? As for the upcoming consultation in Albania, it will do two things. First, it will allow us to talk with each other, to get to know each other a little, to put faces to the theological labels “Evangelical” and “Orthodox.” Hopefully, by coming to know real Evangelical human beings, real Orthodox human beings, we can begin to understand and appreciate our traditions better. Second, the consultation will be discussing issues of urgent importance to Christians everywhere today:

At the very least, I hope that our conversations on these topics will lead to our continuing the conversation in the future, and that participants will return home with new ideas for their local churches.

This dialogue may seem very far away from us here in Finland. But mission is not something that happens only somewhere else: it happens right here too. Thus what happens in Albania in the coming days is important for Finland as well. In addition, Finland also is home to communities of Evangelical and Orthodox Christians. We have the opportunity to continue right here the conversations we begin in Albania. 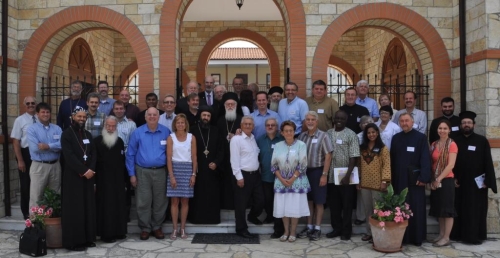 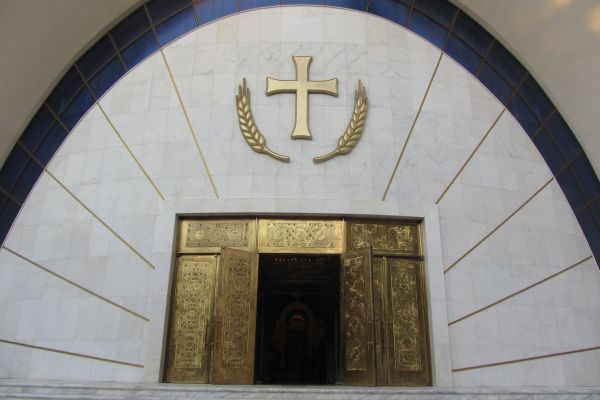 The entrance of the&nbsp Christ’s Resurrection Cathedral in Tirana, Albania