By Grant S. White
“Margin” is an interesting word. It can mean what is at the edge, what defines the shape of the text on a piece of paper or on a screen. A margin can be the “wiggle room” you have when doing something, as in the so-called “margin of error.” To be on the margins means to be at the very edge of something or some group, or to be beyond the defined boundaries of a group (for example, a group of friends, work colleagues, a church, society).

If you are marginalized, you have been shoved to the edges. You have little or no power, little or no control over your life, little or no ability to participate fully in the life of the group. Marginalization can take many forms: social, economic, educational, religious.

What does all this have to do with missions? It used to be that missions (the church’s work of bringing people to God in Christ) was something that churches in Europe and North America did for people on the edges of their world: people living in Africa and Asia, sometimes South America as well.&nbsp Nowadays, however, Christianity is experiencing its greatest growth precisely in those places that used to be on the margins. Given this shift, some think that it is time that the churches of Africa, Asia, and South America send missionaries to Europe and North America.

While this is happening to a small extent, the most significant development that has happened with the shift of Christianity’s growth from Europe and North America to the Southern Hemisphere and Asia is that a new definition of mission has begun to emerge out of the experience of the churches planted by European and North American missionaries in the nineteenth and twentieth centuries. This new definition has to do with the role of marginalized people in the work of missions itself. This new way of looking at missions has the potential to transform not just how we do missions, but to challenge our understanding of what it means to be church today.

Together Towards Life: Mission and the Margins

The World Council of Churches text Together Towards Life:&nbsp Mission and Evangelism in Changing Landscapes embodies this renewed vision of missions. It will be presented to the 10th assembly of the WCC in Busan, South Korea, this coming November. It is the product of six years’ work by the Commission on World Mission and Evangelism, a body of churches from around the world committed to forging a common vision of missions in today’s world.

This is a rich text worth reading in full. Here I have space only to talk about one section of the document, ”Spirit of Liberation: Mission from the Margins” (sections 36-54). The main idea is that the margins is not simply a place for the church to send people to, the margins&nbsp is the place where the church most properly lives, most properly serves the world.&nbsp As I noted above, it used to be the case that missions work was a matter of people being sent from the places of relative wealth, power, and privilege to evangelize people living on the edges. But if you look at the Gospels, you will see that Jesus himself placed himself squarely in the midst of the margins, among the people pushed to the edges by his own society. In the words of his critics, he was “a glutton and a drunkard, a friend of tax collectors and sinners” (Matthew 11:19). He did not rub shoulders with the people in power in his day: the Roman authorities, the High Priest and the other priests of the Jerusalem Temple, the wealthy. In fact, some of his harshest critique was directed straight at them. He deliberately contrasted his way of exercising authority (and what he expected from his disciples):

You know that among the Gentiles those whom they recognize as their rulers lord it over them, and their great ones are tyrants over them. But it is not so among you but&nbsp whoever wishes to become great among you must be your servant, and whoever wishes to be first among you must be slave of all. For the Son of Man came not to be served but to serve, and to give his life a ransom for many. (Mark 10:42-45)

Our Lord calls us today to be in the same place as he was. If we as a church want to have so-called “street credibility,” we won’t find it by staying within the our parish halls or liturgical spaces. If you will, this going to and living in the margins is a prime example of the “liturgy after the liturgy” which we Orthodox stress. As the 1977 New Valamo Consultation put it:

The dynamics of the liturgical reality (eucharistic community) as expounded here is rooted in the experience of the Trinitarian life in Christ which continuously saves and illuminates man and history. The members of the Church living, practising and witnessing this eucharistic experience create a new life-style. This life-style was realized in the life of the Apostles, martyrs and all the saints who throughout history refused to exchange the “heavenly” for the “earthly”. This mortal life is manifested today in the sins of our times, especially in a culture of individualism, rationalism, consumerism, racism, militarism, deprivation and exploitation in all forms. In each culture the eucharistic dynamics leads into a “liturgy after the liturgy”, i.e. a liturgical use of the material world, a transformation of human association in society into Koinonia, of consumerism into an ascetic attitude towards the creation and the restoration of human dignity.

The dynamics of the concept of “liturgy after the liturgy” is to be found in several programmes and activities of the WCC which have emerged since Nairobi and to which the Orthodox Churches have given their support based on their ecumenical solidarity. The emphasis on helping “the poorest of the poor”, on establishing peace and justice between nations and states, on eradicating hunger, destitution and sickness, on promoting human rights, on diminishing tensions, on searching for a just and responsible society and on directing science and technology along creative lines, on the peaceful and safe use of atomic and other sources of energy, should be given due attention by our Churches as the above issues are part of their Christian concern and an integral element in their social witness. Link

Together Towards Life challenges the churches to live in new ways that make concrete God’s commitment in Christ to those who are marginalized. What does it mean for us Orthodox here in Finland to practice mission from the margins? Where are the margins here in Finland today? I think this is a difficult question for us to answer easily, because, as Together Towards Life notes, those in the center, in positions of privilege and power, often have a difficult time discerning where the margins are. We have a hard time coming to terms with the margins and with those who live there: we see things from our point of view alone. By doing so we miss what God is saying to us from the margins.

However, one sentence of Together Towards Life seems to me to speak especially urgently to our Orthodox parishes here. Section 47 of the text notes: ”Jesus promises that the last shall be first” (Matthew 20:16). “To the extent that the church practises radical hospitality to the estranged in society, it demonstrates commitment to embodying the values of the reign of God” (Isaiah 58:6).

What does ”radical hospitality” mean in practice? I think it means in part that the church extends itself in identifying and embracing the strangers in our midst, whether that be in the form of newcomers to the Divine Liturgy, strangers at the coffee hour, the unknown person who chances upon the doors of the church not only on Sunday but on every day of the week. It means rethinking our attitudes and reactions to people who are unknown to us, whether we encounter them in the church or on the streets.

Do we offer acknowledgment, or do we turn our eyes away? Do we stand up for the marginalized and estranged here in Finland and offer them space and dignity? Do we seek to discover what God may be saying to us from the places where we have marginalised the immigrant, the asylum seeker, the unemployed person, the person who looks and acts differently from us?

To me, radical hospitality implies that our attitude towards the marginalized here, to the stranger here, will often run directly counter to the cultural practices and values of the society around us. It implies being willing to follow our Lord to the margins. Radical hospitality means taking to heart, and acting on, Christ’s word to those on his right hand on the great day of judgment: ”I was a stranger and you welcomed me” (Matthew 25:35). 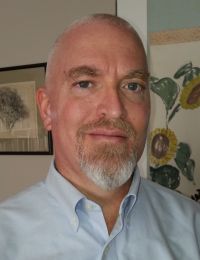 The author is a Doctor of Theology and a member of Filantropia’s Board of Directors.