Filantropia reached out to its friends around the world and asked why it is important for the church to reach out in the forms of missions and diaconia. 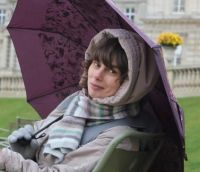 “If we forget about mission as sharing the Gospel and diaconia as caring for the brothers and sisters in need, it happens only due to our weakness and sin, as we have Christ’s clear words urging us to these things and His shining example. May He forgive us and include us in His work!”&nbsp 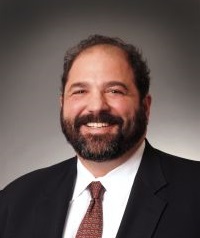 “Technology has helped reduce our world to a global community, giving us greater access to one another as never before. That access has revealed new opportunities for social involvement, but also exposed a tremendous amount of human suffering and the need for humanitarian assistance. For Orthodox diakonia, it presented a challenge to put its core beliefs of compassionate social service into action.

The inception of International Orthodox Christian Charities (IOCC) in 1992 as the humanitarian arm representing Orthodox Christians in North and Central America created an instrument through which diakonia could reach those in need through emergency relief as well as transformative and sustainable community development.&nbsp The life-changing outcomes for thousands of families and individuals that are supported or lifted out of despair and poverty through successful assistance programs have fueled the grass roots support from the pan-Orthodox community, and along with the blessings of the Orthodox church in host countries, have allowed IOCC to carry out diaconal work without any differentiation based on religious or ethnic affiliation in more than 50 countries.”

“We live in a world where authentic values are being turned upside down, where moral principles become obsolete and old fashioned, where technology appears to take the place of the person. Orthodoxy speaks to the world about the mystery of the Trinity of Persons that are in a continual and absolute inter-communion of love and mutual devotedness. Human beings are called to become part of this love here and now. This can be one of the bases of the philanthropic work of the Church, where reflecting on the trinitarian model of love, it puts to work people of good will, resources, the grace of God and thus putting the teachings which it so much treasures into practice, going from orthodoxy to orthopraxy.

At least every Sunday we publicly reaffirm the Creed of the Nicene fathers in which we confess our faith belonging in the One, Holy, Universal and Apostolic Church. We need to realize that these words represent not only the truth but also a duty for us. We understand it better in the light of Christ’s words: “Go therefore, and teach all nations, baptizing them in the name of the Father, and of the Son, and of the Holy Spirit: teaching them to observe all things whatsoever I have commanded you […]” Mt. 28:19-20. We see that we have to actively spread the good news of the Resurrection and the invitation to search, find and become part of God’s love.

Of course there are different vocations inside the Church as St Paul so well explains in I Cor. 12, but we all (clergy and laity) need to do our share of work in God’s vineyard. This is why I believe that mission to re-Christianize our secularized societies as well as to transmit Orthodoxy to places where it hasn’t been heard of is an essential part of the work of the Church.”